To read about our wedding ceremony, read Part I here! 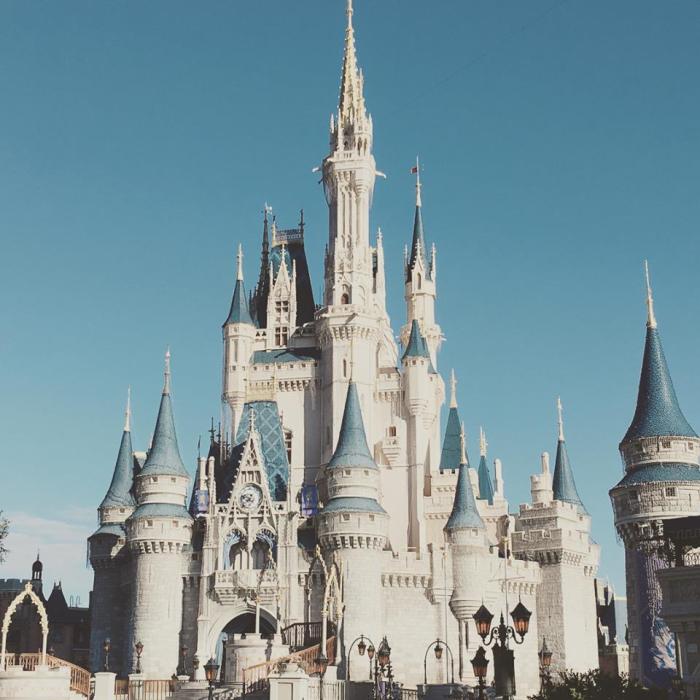 It is no secret that I love all things Disney. But when I added ‘Disney World’ to our list of honeymoon options, I didn’t think it would actually happen. Fortunately, Drew loves theme parks and roller coasters as much as I do, so he agreed to go to Disney World as long as we could go to Universal Studios, too.

Obviously, if your fiancé suggests adding another theme park to your trip, you can’t say NO. Like, pull my arm, why don’t you?

Our wedding took place on a Saturday night, and we left for Orlando Sunday morning. I think if we had a chance to do it all over, we’d wait a day or so–traveling right after wedding festivities is pretty exhausting. At that point, I was powered by pure excitement…BECAUSE WE WERE ABOUT TO RIDE THE MAGICAL EXPRESS, Y’ALL.

Apparently it is really hard to take a selfie that includes your wedding rings and your Magic Bands, but here is photographic proof that we have both and we are PSYCHED. #halloweenhoneymoon2017 #disneyworld #mawidge

And it is nothing short of magical: once you get to the Orlando Airport, you follow signs for Disney’s Magical Express. After you check in, a bus will take you to your Disney resort! No worrying about getting a Lyft or renting a car. They’ll even pick up your luggage and deliver it to your room (although if you are a paranoid control freak like I am, I suggest grabbing your luggage anyway).

As strange as it sounds, I think the hotel was one of my favorite parts of the trip. I’d been wanting to stay at the Animal Kingdom Lodge for AGES, and our honeymoon was the perfect excuse to book a room. I loved it from the moment we walked in. The concierge complimented my nails, and when I oh-so-casually thanked her and told her I had to get fancy nails for our wedding, she handed us ‘Happily Ever After’ buttons to wear. MISSION ACCOMPLISHED.

Our room overlooked the ‘savanna,’ so we spent a lot of time searching for animals. I usually want to do as much as I can when I’m on vacation, but staying in isn’t so bad when you can see giraffes and zebras from your window.

The next morning, we had breakfast at Boma before heading to the parks. Our plan was to spend half day of the day at Magic Kingdom before making it to Animal Kingdom for our first FastPass ride. Here’s what actually happened: we got distracted by watching the animals from our room,  so we only had enough time for a quick walk down Main Street …but we were able to buy our bride and groom mouse ears! SECOND MISSION ACCOMPLISHED. Then, it was off to Animal Kingdom!

Since Animal Kingdom focuses on–well–animals, it’s more about attractions and animals than rides. The rides they do have, however, are totally worth it. Dinosaur scares the bejeezus out of me, but it’s still my favorite.

Drew’s favorite part: “Going to the Rainforest Cafe to have beer and French fries. It was fun to chill and just live our best beer life.”

The next day, we celebrated Halloween by visiting Hollywood Studios. It was the perfect day with just the perfect amount of spookiness. To get into the Halloween spirit, I wore my Hocus Pocus shirt and traded in my bride mouse ears for Halloween mouse ears (don’t worry–I still wore my button!). Drew didn’t wear anything special because he hates happiness, but he took this selfie with me. 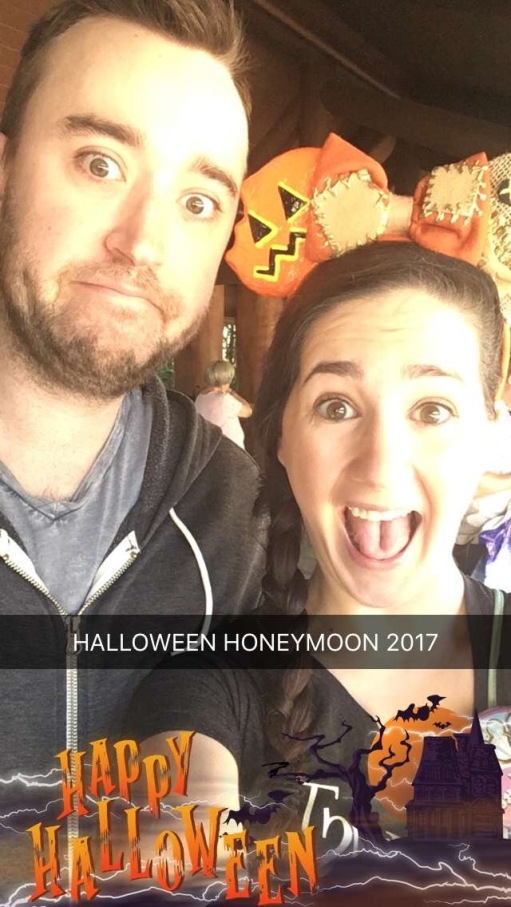 After lunch at the Sci-Fi Dine-In Theater, we headed for my favorite ride of all time: The Tower of Terror. 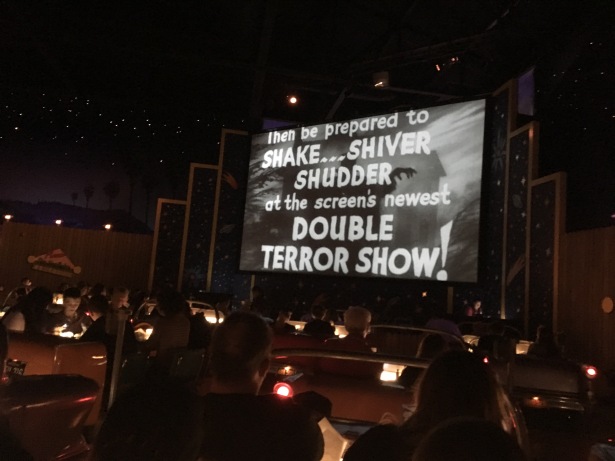 Drew’s favorite part: “Tower of Terror. Partly because the ride was really fun, and partly because of your excitement.” 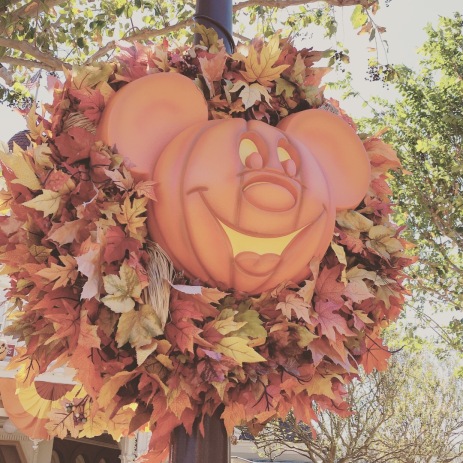 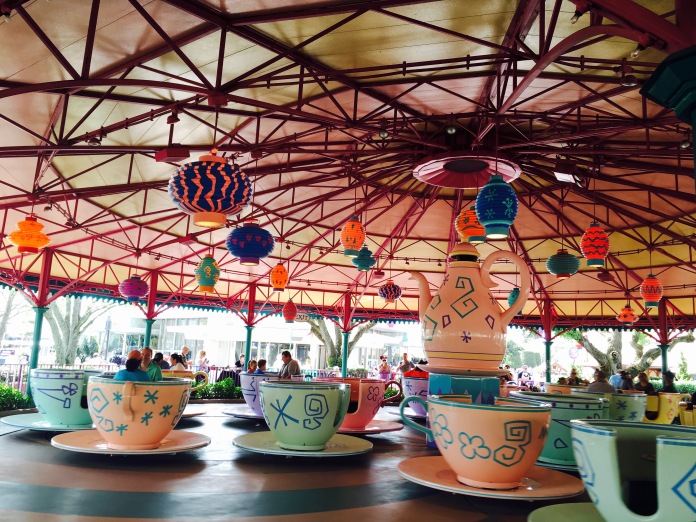 At Magic Kingdom, WE GOT TO CELEBRATE HALLOWEEN AGAIN! We were lucky enough to snag tickets for the last day of Mickey’s Not So Scary Halloween Party. If you ever get the chance to go, I highly recommend it–kids and adults are allowed to wear costumes, and the Sanderson sisters put a spell on the entire party. Later on, there’s a parade and fireworks. Since we’re an #oldmarriedcouple now, we left after the parade…but we made up for it later by watching Stranger Things. Party hard.

We spent our last day at Disney World at Epcot’s Food and Wine Festival. I’m a sucker for Halloween festivities and Halloween, but our Epcot day might be one of my favorites of the whole trip. We went back to wearing our bride and groom mouse ears, and practically everyone we saw congratulated us. One elderly man told us to never go to bed angry, and then handed us a two-dollar bill. “As long as you have each other, you’re never broke,” he said.

The Food and Wine Festival was way too good to us. Not that we are complaining…🤷🏻‍♀️🍷🧀🌎#halloweenhoneymoon2017 #epcot #disneyworld #internationalfoodandwinefestival

Oh, and it should go without saying, but the food, wine, and beer was delicious. Epcot gets ALL the points.

Drew’s favorite part: “The Chinese restaurant. I got those pot stickers.” 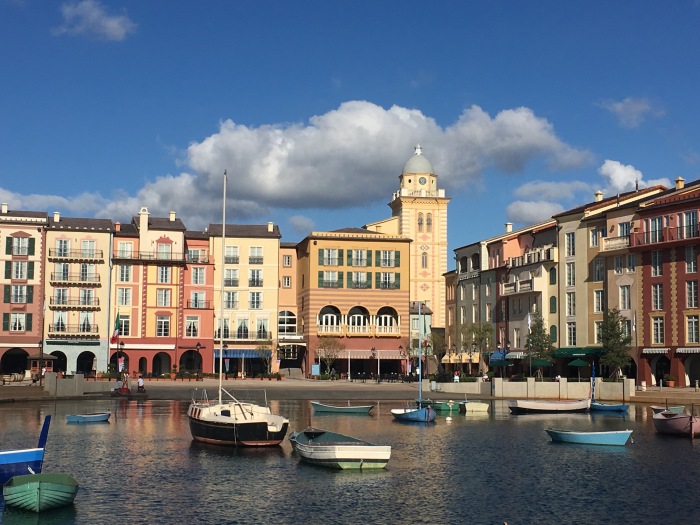 Now, I’m a bit of a Disney snob, so I wasn’t expecting Portofino Bay, our Universal Studios resort, to be nearly as amazing as Animal Kingdom Lodge. I was wrong. We may not have been see African wildlife from our balcony, but look at that view!

We had two whole days to spend at Islands of Adventure and Universal Studios. Not surprisingly, my favorite part of both parks was The Wizarding World of Harry Potter. I was able to visit Hogwarts a few years ago, but this was my first time visiting Diagon Alley and riding the Hogwarts Express. 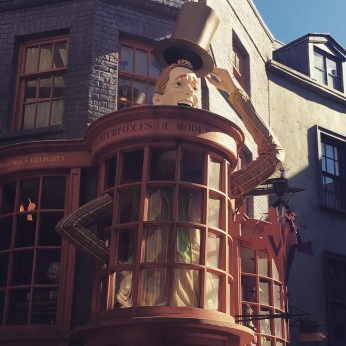 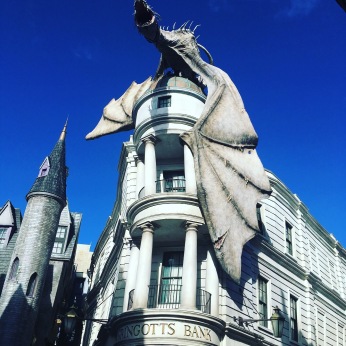 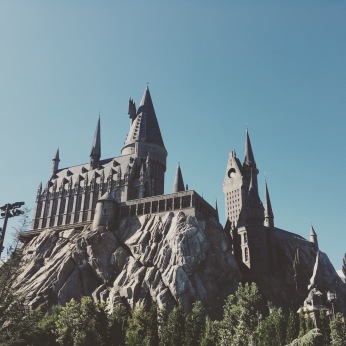 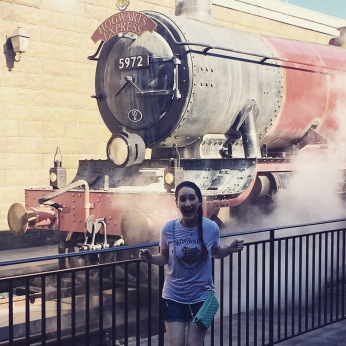 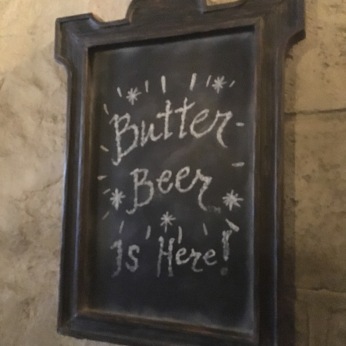 I only freaked out a little. And by that I mean a lot.

One of the best parts about Universal is the Express Pass. If you are staying at a Universal Studios resort, you automatically get an Express Pass; you can also use it an unlimited number of times. So, obviously, we rode everything at least twice.

Except Dudley Do-Right. That ride shows NO MERCY.

Drew’s favorite part: “Hmm. Seeing how excited you were about Diagon Alley. You were so pumped. And also how we figured out the secret to the Men In Black ride!”

Y’all. We SLAYED the Men In Black ride. If you know the secret, we’ll have to go to Orlando together and discuss some serious strategy (to be honest, I’ll probably tell you the secret in person, but this ups the intrigue a bit and makes me feel really cool.).

At the risk of sounding cliché, I completely understand why Disney and Universal are highly popular honeymoon destinations. The week went by way too quickly, but it was the perfect way to celebrate our marriage. I’m already itching to go back–do you think I can convince Drew to go again for a milestone anniversary?

Just kidding. I’m just happy that he’s the one I get to celebrate with.

Here’s to happily ever after, Drew. I lava you. ❤️