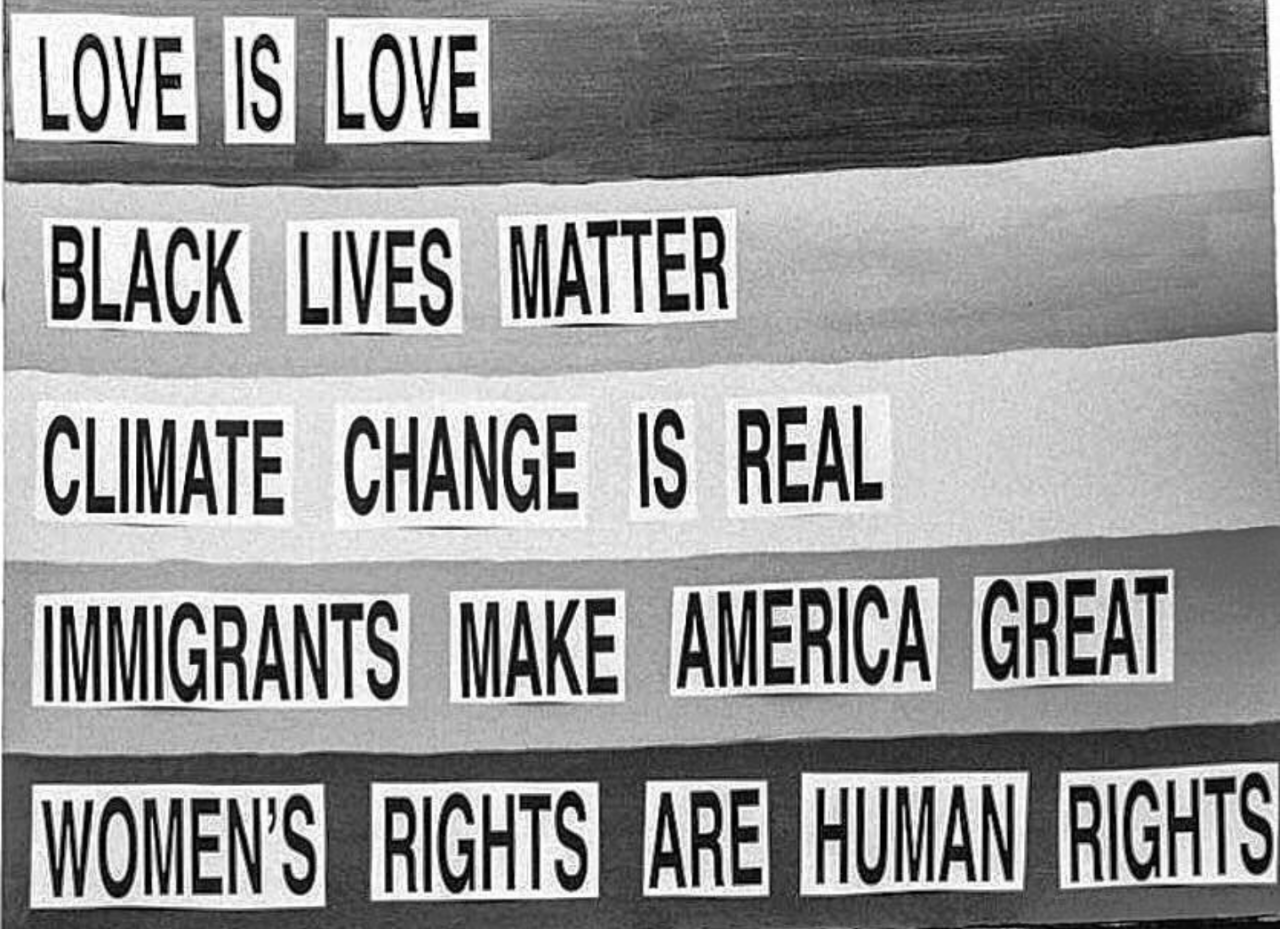 This post was inspired by Samantha Chaffin’s blog post about the Women’s March in LA. The title is not meant to exclude the wonderful men or gender non-conforming people who attended marches, and I love each and every one of you who showed up to support the cause.

Election Day. It’s finally here, and it feels like Christmas Eve and finals week all at once. Something exciting is happening, for sure–but I also know that things could go horribly, horribly wrong.

I wear the only political shirt I own, which is emblazoned with a donkey, an elephant, and a cat. The donkey and the elephant have no votes; the cat, however, is rewarded with a confident check mark.

I voted early, but I make the now-obligatory social media to encourage others to do the same. I listen to NPR and say a prayer for my country.

Please, God. Just let America truly be a country for all of us.

I wake up early. My alarm still hasn’t gone off, and there is an anxious ache in my chest. With a forced sort of hope, I look over at Drew and say, “I hope Hillary pulled through.”

“I already checked. She lost.”

I immediately reach for my phone and open my CNN app. The first story is bright and bold and impossible: PRESIDENT ELECT DONALD TRUMP.

It doesn’t feel real, but it is. It is so, so, real, and I close my eyes and try to forget–but of course, it’s all I can think about.

I’m driving to work, and for the first time in weeks, I don’t feel like listening to NPR. Instead, I listen the Hamilton cast recording. I sing along–badly, loudly, happily–as I sit in traffic.

Thirty minutes later, I take the exit that leads downtown. There’s an explicit anti-Trump banner hanging from the bridge; it’s painted with sloppy red and black spray paint and for the first time that day, Donald Trump’s presidency becomes real.

I take a deep breath, and I keep driving. 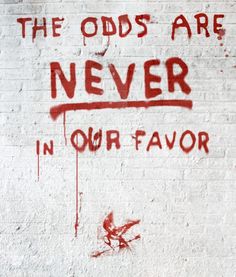 But it isn’t because I am left shocked and helpless by the news. It’s because there are so many people in Washington, D.C, marching for social justice.

And it doesn’t stop there.

There are people in London. Melbourne. Los Angeles. Chicago. St. Louis. They’re holding up signs that say things like ‘THE FUTURE IS FEMALE’ and ‘WOMEN’S RIGHTS ARE HUMAN RIGHTS.’

In Atlanta, it’s raining. We planned to march, but it doesn’t look good: the forecast includes severe thunderstorms and a tornado watch.

Drew can’t decide if he should go. “I just don’t want to be there if there is lightning,” he says. He tells me he feels guilty.

“I don’t want you to feel unsafe or uncomfortable,” I tell him. I understand completely–normally, I’m terrified of thunderstorms. “I just feel like I have to go.”

And I do. I feel it deep in my bones. That’s what Jesus did, isn’t it? Stand with the people who were ostracized and oppressed? Besides, I’m tired of feeling so helpless. I want to march. I want to remember why we have to keep fighting for what is right.

I’m finishing getting ready when Drew comes charging through our room.

I squeal with excitement as he grabs a backpack and stuffs it with umbrellas and jackets.

“Should we stop somewhere and grab ponchos?” I ask.

I laugh, and after a quick lunch, we head out the door.

We arrive to the march around two o’clock. I love Atlanta more and more each day, but this is by far the most amazing sight in the entire city.

There are hundreds and hundreds of people, holding signs and wearing shirts in support of women’s rights, LGBTQ rights, the Affordable Care Act, and the environment. People ask to take pictures of my shirt. I ask to take pictures of signs. I want to hug everyone and tell them how good and inspiring they are, but I figure that would be a little weird. By some miracle, the rain has stopped and the sun is starting to peek through the clouds.

“We’ve been blessed!” Drew says. He’s making a joke, but I think there’s some truth to it.

I look around. I love this place. I love these people. And despite everything, I have so much hope. 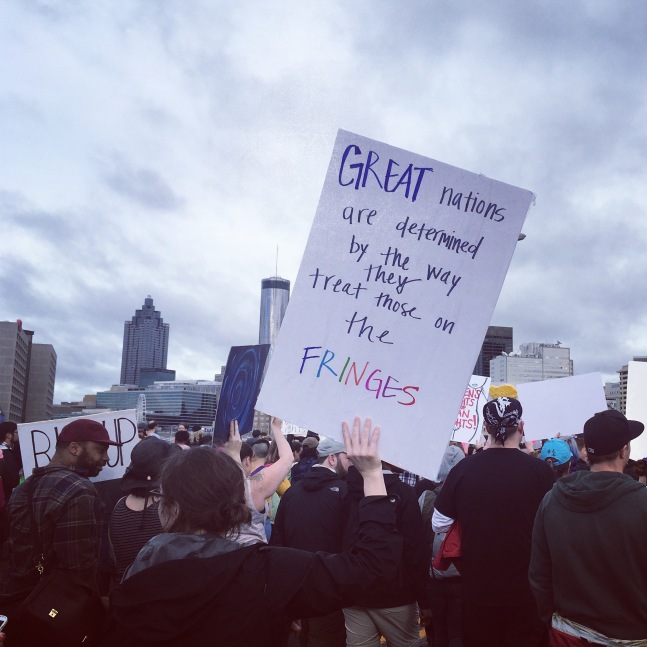 During his campaign, Trump promised to make America great. I never believed him. We can’t change the fact that Donald Trump is president, but we can damn sure keep him accountable.

Today was only the beginning. March on, sisters.

The march in Atlanta was a peaceful and incredibly positive experience. Thank you to everyone who organized the marches across the world, and thank you to anyone who offered support in any way. If you have any questions about my political beliefs, the march or the reasons behind it, feel free to contact me.

3 thoughts on “March On, Sisters”